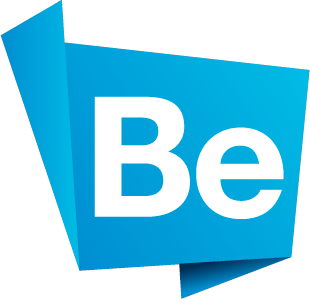 by our Retail Consultant, Wendy Munt.

My exciting involvement with the BBC’s Dragons Den, started in 2007, having seen the excellent i-TeDDy pitch in which its’ inventor Imran Hakim, attracted the interest and £140,000 investment from Peter Jones and Theo Paphitis.

I’ve long been a fan of the programme and being the Toys Buying Manager at Argos was naturally interested in such an innovative, interactive and cute looking product.

Even before both Dragon’s had offered their investments, I knew i-TeDDy had the potential to be a huge success and one of the hottest toys of the year.  I was determined to secure i-TeDDy as an Argos exclusive.

Soon after, Imran and I met and so began what would become a fun and challenging 3 year working relationship. I shared Imran’s passion and eye for detail for ensuring the aesthetics and functionality of i-TeDDy were as appealing as possible to maximise its success.

My negotiations with Theo and Imran to secure a 6 month ‘Exclusive to Argos’ launch into the market were long and tough! Both Peter and Theo were heavily involved at every stage of the negotiation and were fantastic to deal with. I was aware that Toys R Us were trying to broker a similar exclusive deal but after several hard weeks of negotiations, I had won the retailer battle!

Whilst on a sourcing trip in China, I visited
i-TeDDy’s factory, meeting with Imran and the Chinese Senior Management team to ensure all production and shipment schedules would meet the strict delivery dates required for the next season’s catalogue.

Argos was so proud of i-TeDDy being their first ever ‘Dragon’s Den Exclusive’, that they held 2 major media events, the first of which was at London Zoo’s ‘Bear Mountain’.

Attended by both Dragon’s Peter and Theo, Sara Weller (Argos MD), Imran and myself, we faced various questions from the UK press and the BBC camera team to film footage for a Dragon’s Den follow-up programme. Despite Peter and Theo being celebrities and respected businessmen (with reputations to protect!) they both happily dressed up in giant i-TeDDy costumes for promotional photos.

i-TeDDy launched as an Argos Exclusive for the 6 month life of the Autumn Winter 2007 catalogue and was a huge success as one of the hottest toys that Christmas. 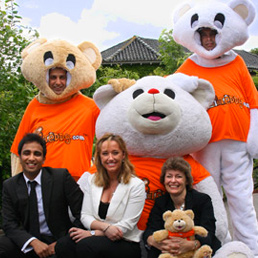 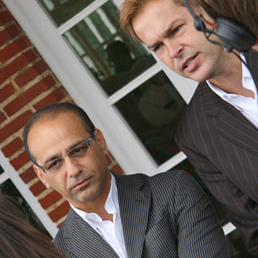 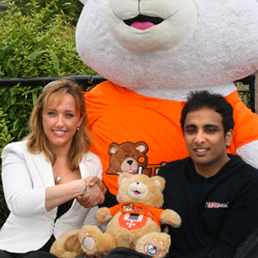 Great doing business
with you Imran